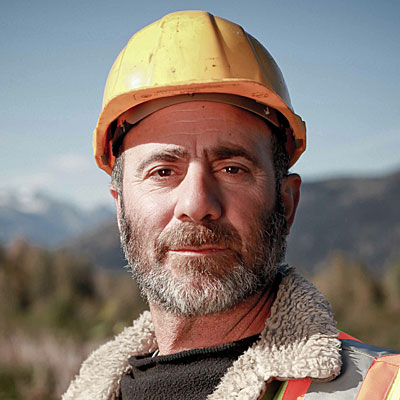 Chris Doumitt is a miner, carpenter, and master marksman. He is a TV actor currently featuring on the popular Discovery series ‘Gold Rush.’ Chris is a man of solid discipline and an impressive work ethic, as seen in the show. His remarkable skills and the ability to pull all-nighters when demanded by the task formed his reputation.

In this article, we dive deeper into the life, career, net worth, and relationships of the popular TV personality in his Wikipedia-bio here.

Chris started his Gold Rush career by working with Todd Hoffman’s crew. At first, he was only hired as a carpenter to build a cabin for his friend Greg Remsburg. But with a turn of events, he stayed with the Hoffmans. He joined the team in season two and remained until the completion of the third season.

During his time with the Hoffmans, Chris learned everything there is about mining gold. He then left carpentry and marksmanship for good and decided to pursue his hunt for gold. His excellent team working skills and sheer dedication have inspired everyone in the crew.

From season four, Chris is working for the top dog Parker Schnabel and is one of the most reliable members of the team. Parker saw potential in Chris and grabbed him the first chance he got.

Chris has a massive $700,000 in his name. This is thanks to his salary of almost 25 thousand USD per episode of Gold Rush and his excellent craft.

Chris has been married to his beautiful wife, Sharon Doumitt, for 40 years now. Sharon is a professional video blogger and always supports Chris in every venture. During season seven of Gold Rush, Sharon suffered from two types of Cancer. In 2017, she started treatment and underwent surgery. She had to put her career at pause through the treatment process.

As of reports, she is fully recovered, and the couple is enjoying a happy married life.

Chris and Sharon have a son named Jason. Further information about him is not publicly available.

This is all the Wikipedia details of Chris Doumitt from Gold Rush.