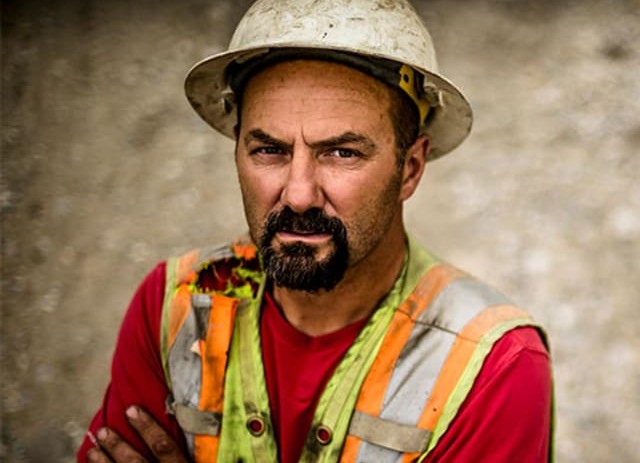 Dave Turin is a professional gold miner, a Civil Engineer, and a quarry expert. Amid the wilderness of Mt Hood, his family ran a successful rock quarry business ever since he was a child. After he was out of college, the American got into the family business and worked with his father and brothers for 30 years.

A natural leader, Dave is also a former football player and is passionate about hunting and golf. The 52-year-old miner occasionally advocates for faith in Christ. This article emphasizes Dave’s net worth, his relationships, and his career. After leaving Gold Rush, he joined a new show, Lost Mine.

Theoretically, Dave is in the show from the first season of ‘Gold Rush.’ He was associated with the Hoffman group, and even though he wasn’t in the crew, Todd Hoffman invited him occasionally for advice.

Dave knew Todd from the church as a religious man, and the pair respected each other for their expertise in their respective fields.

In the second season, Dave left the quarry business to his brothers and was featured on the show as a crew member of the Hoffman group. He went on with the series and flaunted his prowess in many fields, operating the bulldozer being his specialty. He left the show in the eighth season due to a conflict with another cast member.

Dave Turin is working in the show “Dave Turin’s Lost Mine.

After leaving Gold Rush, Dave Turin started featuring on the rip-off of the original Discovery show that has been on air since 2019. In ‘Gold Rush: Dave Turin’s Lost Mine,’ the expert gold hunter is seen on an ambitious mission to dig for gold in America’s abandoned mines. In the first season, Dave and his crew returned to the Lost Mine of Colorado with the highest potential for mining gold.

Dozer Dave (as the fans and cast members called him) starts the season with a brand new wash plant and big ambitions. However, the local communities threaten to shut down the Mine before commencing work.

As soon as the matter settles, Dave gets devastating family news. One after another, the bad fortune pile up on Dave’s crew and reaches its peak when a crew member Jesse loses his life.

The crew doesn’t stop mining and still struggles to reach its goal. Dave goes to Doodlebug in hopes of finding a new lead. And in the last episode of the season, Dave makes a million-dollar gamble to return to Lynx Creek and hunt for gold.

The crew was faced with a rough season, but one thing is certain; they are not giving up their love of gold and mining. We wish the team the best of luck in their future endeavors.

The net worth of professional miner Dave is over 2 million USD as of 2021. This amount is thanks to his family’s rock quarry business and his successful gold mining career.

Turin is one of the oldest crew members of the ‘Gold Rush.’ But compared to Parker and Tony Beets, he has mined very less gold, due to which his net worth is humble in comparison.

Turin also has a record for mining the least amount of gold in a season of 2 ounces. The miner has 29.8 thousand followers on his Instagram handle.

Dave married his high-school girlfriend, Shelly. His wife, Shelly Turin is a nurse by profession and also helps out Dave in his side-business.

The couple is a parent to three children. Dave occasionally posts a picture of his wife and children on his Instagram account.