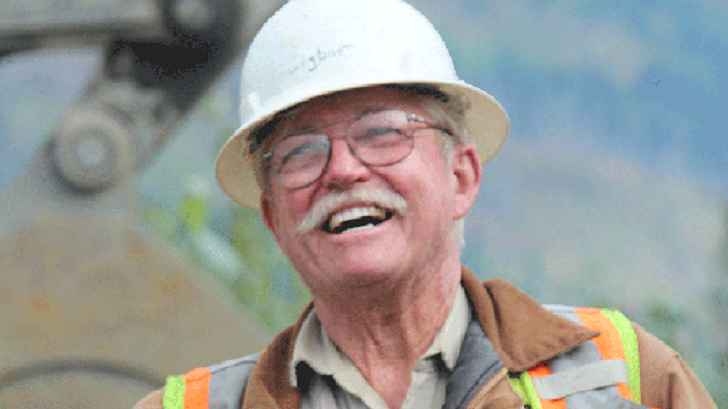 Fred hurt is a veteran gold miner. He was born on July 10, 1943, in Minot, North Dakota. Also a businessman and a travel enthusiast, Fred is one of the first cast members to feature on the popular Discovery show ‘Gold Rush.’ He has worked as a commercial diver in the Gulf of Mexico and is one of the prominent names in the mining industry.

Even though mining is a very risky profession, Fred has been able to get through numerous challenges and life-threatening situations during his career. The 78-year-old veteran loves keeping himself fit and is proud of the life he has led as a professional gold miner. Fred speaks very passionately of mining and is still pursuing it as of 2021.

This article sheds light on his life, his mining journey, net worth, and his relationships.

Fred first started his Gold Rush journey in season one when he was assigned to the Hoffman Group at porcupine creek.

After the season, the Hoffman group could not pay the lease due to poor gold collection, so Fred took ownership and started mining with his team and son. Due to conflict in payment, Fred left the show and started his show ‘All that Glitters’ in 2015.

In 2018, Fred made a comeback on a spin-off show of ‘Gold Rush,’ which airs by the name ‘Gold Rush White Waters.’

Here, Dakota Fred (as his friends call him) and his son Dustin and crew hunt for gold using Suction Dredge to dive deep in raging waters. This process of mining is different compared to traditional excavators and heavy pieces of machinery.

In the first season, the crew mined for gold in McKinley Creek in Haines Borough, Alaska. In 2019 the father-son duo parted ways for the first time to mine in different claims to increase their chances to find gold. To date, the show has successfully aired four seasons with a total of 52 episodes.

Fred Hurt’s net worth is estimated to be around $3 million. Thanks to his successful career as a gold miner, a businessman, and a TV star, he has accumulated quite a fortune. Fred is also an owner of his own gold mining company.

Fred is paid $16,000 per episode as a salary from the Discovery Channel. when he was on the show. This totaled out to be about USD 200 thousand for the whole season.

Fred Hurt from “Gold Rush: White Waters” has married three times in his 78 years of life. The details of his first wife are not known to the public.

His second wife, Lorrayne Hunt, passed away in 2015 due to a long-term illness. He loved her immensely until her demise, and the Gold Rush crew sympathized with him at the funeral.

After a year of passing, his second wife, Fred, married his assistant Jennifer sheets in 2016. Jennifer is a beautiful woman who has previously appeared on the show as a cook for Fred’s crew.

Fred is a father to four children and a grandfather to five. His son Dustin Hurt is also passionate about mining gold and is an owner of his mining site.