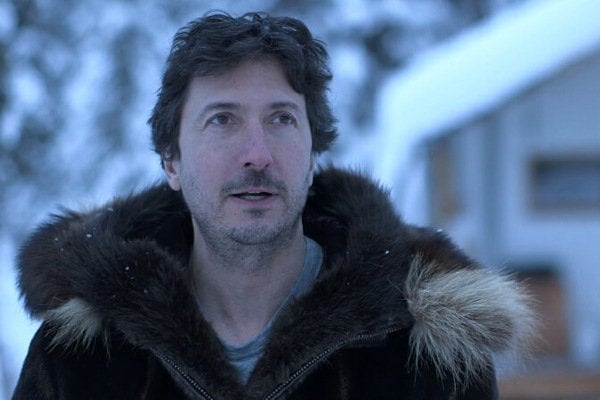 Glenn Villeneuve represents one of the casts of the famous reality TV show Life Below Zero. Produced by BBC Studios and broadcasted on National Geographic Channel, the show became a massive hit. As everything was going on apace, the star suddenly disappeared from the show and didn’t return in multiple episodes. His fans were eagerly waiting for his return but little did they know that he won’t be coming back anytime soon.

After his instant vanishing from the screens, numerous rumors were aroused among the public, which made the fans more curious. The condition became critical when his death news was surfing the internet like never before. But don’t worry, from now onwards, you will not have to worry about false news.

In this article, we will inform you about the reason behind dropping out of our TV star from the show. Moreover, you will know about his double marriage, kids, and net worth.

Everyone loves to see people thriving and surviving in hostile climatic conditions; the same goes for the show Life Below Zero. This show is based on a clan of hunters and survival experts who manage to get around the Alaskan wilderness without getting killed or injured. Among the senior casts, Glenn also happens to be the adored ones.

Glenn debuted to the screens the same time when the show aired for the first time back in May 2013 on National Geographic Channel.

Since then, our survival expert has been seen moving to different places of wild Alaska and exploring different ways to get along the wilderness.

Although the documentary is running on its 18th season, Glenn shared the journey up to the 11th season. His fans saw him in the show for more than 80 episodes during his years as a crew.

The public cherished our fan-favorite TV star’s nomadic life pretty much. He was most admired for the episode in which he migrated his family from a cabin at Fairbanks to a small hut at the Brooks Range.

Further, he gained a huge fan following through his tough expeditions of three months to most remote places.

People Are Wondering What Happened to Glenn on Life Below Zero

Until the 11th season, the show was going smoothly until something happened on the next one. The fans were shocked to notice Glenn missing on the 12th season of Life Below Zero. The documentary was a reality-based infotainment show; the fans quickly assumed that our survival expert might have been severely injured or witnessed a fatal accident.

In no time, the social media were flooded with news of him missing from the shows, which further brought the issue to hype. Some pessimists even took him for being dead and spread the hoax.

However, to clear the confusion, our fan-favorite star stood up to the media and posted his statements about his last episode on Facebook back in September 2019. He informed his fan community that the contract had pulled off as agreed, and the producers were not extending the contract’s tenure.

After learning about the abolition of the show, his close followers expressed their discontent and disappointment over the internet, although there was no response from the producers. Nevertheless, his words were not covered by many news sites and portals thoroughly, and the confusion lasted longer around the international fans.

Glenn Revealed on Joe Rogan’s podcast that he was Dropped from Life Below Zero.

After being dropped out from the show, our survival expert waiting for an official response about the action from the producers, but there was none. In the meantime, he attended a world-famous podcast titled Joe Rogan Experience (JRE) hosted by Joe Rogan himself. In the show, he revealed that he is working for the television series no more.

While having the talk, our bold star expressed that there had been a mild dispute between him and the producers for a long time. The difference in the vision arose when he thought of filming more recreational and educational content rather than ordinary daily works of hunter-gatherers, which the producers wanted.

He also confessed that the production unit discontinued filming his part right after the first episode for that season without any prior notice. Getting concerned, he had mailed the producers, to which they responded by writing that there was no part for him and the show was preoccupied. Right after the response, he shared his feeling of disappointment with the producers on various social media.

What is Glenn from LBZ doing now?

After the media job was over for our wilderness celebrity, he is currently employed on his own. He has truly managed the fame he earned from years of his experiences living in the wild.

Although the broadcasting platform slipped from his hands, he hasn’t given up sharing his actions with his fans. He is active, being a survivor in extreme Arctic climates and streaming his videos over the internet.

For now, the former LBZ cast is residing with his family and working on his own projects at Fairbanks and the Brooks Range in Alaska. Over there, he still hunts, traps, and gathers animals, and he teaches his fan and families about dealing with unfriendly weather in Arctic regions.

Apart from these, he is often heard attending many podcasts in which he shares his experiences from the past. One of the mentionable podcasts different from the previously discussed one is the episode The Unbeaten Path with Glenn Villeneuve of Fadam and Friends.

He is also active on different social media, where he updates multiple events relating to his life. His fans are happy to see their favorite nomad-celebrity performing life-saving actions.

Although the celebrity job is gone, our star is living happily with his family. He is satisfied with everything he has earned and learned so far.

Through many years of his as a television artist, our Alaskan artist has managed to earn around $500 thousand as of late 2022.

As he is not a TV show cast anymore, his major sources of income have shifted to online social media and his personal projects. Apart from being a survival expert, Glenn is a real estate owner and a stock market investor. These sources account for a greater part of his income.

Our fan-favorite survival expert has been engaged twice in his life. His first life partner was Silvia Daeumichen, with whom he fathered a daughter and a son named Willow Leaves and Wolf Song.

The kids’ mother was a German Opera Singer, and their parents had tied the knot in 2001. However, the relationship didn’t last well after the family moved to Alaska, resulting in divorce in 2013.

Being alone for some months in the extremities of the Alaskan climate, our hunter-gatherer vouched for a family with Trisha Kazan. The duo moved in together to Alaska in late 2014.

While coming in, Trisha brought her daughter Amelia Atkins whom she had bored from her previous spouse. After a few years of their happy marriage, the couple welcomed a junior girl Agatha in June 2017.

For now, six members are in Glenn’s family, including his kids Willow and Wolf from his early marriage, and they live happily in the Alaskan wilderness.