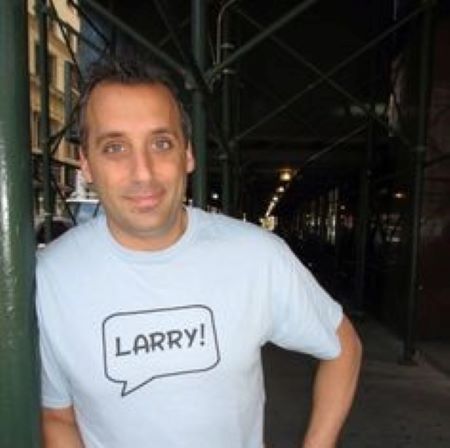 Impractical Jokers is a show that follows the ridiculous exploits of four friends: Sal Vulcano, Brian Quinn, James Murray, and Joe Gatto. All of them compete to embarrass each other to death. The very first episode of the series aired sometime back in 2011 and has aired over 250 episodes to date.

Some of these episodes introduced a few fictional characters that the jokers regularly used for their gags. Of all the characters introduced, Larry is perhaps the most memorable. So which episode was he on?

Larry is a fictional character who was first introduced by Joe during the show’s debut season. Today, he is easily the most referenced character on the show. Joe describes the character as a soft-spoken and shy man who likes to hide in corners. Larry was first mentioned in the fourth episode. During one particular challenge, Joe and the rest of the jokers have to pretend to be car salesmen.

When Joe steps up, the other jokers tell him that he has to ask for his manager every time a customer asks a question. This is when Larry is introduced, as Joe is forced to run around while shouting the name.

Larry was also referenced in the episode titled ‘Fan-tastic Countdown.’ The jokers pose as checkout attendants at a local supermarket. Once it’s Joe’s turn, the other jokers make him ask for a price check on various items. This gradually progresses to him shouting and yelling for his manager, ‘Larry.’

Another memorable episode Larry features in is the ‘How to Cut Line for Broadway Tickets.’ The object of this task is to cut a massive queue in the heart of New York in order to purchase Broadway tickets. Joe enlists the help of Larry to try and complete this particular challenge. He goes around shouting and pretending to look for Larry.

Remarkably, Larry’s popularity rivals that of the jokers themselves. This has led to the creation of several memes at the fictional character’s expense. Most of these memes are accompanied by the picture of Joe, who is credited with giving life to the character. Some of the most popular memes have captions like:

The impractical jokers capitalized on the popularity of Larry by offering several novelty products tailored towards his brand. Most of these are available for purchase on platforms like Red Bubble. The most popular items include Larry posters which cost about $12.98, a classic black Larry T-shirt, which is available for $19.26, and a Calling Larry sticker available for only $1.43. Additionally, you can even get a customized Larry’s face mask to help keep you safe during the Pandemic.

The Tenderloins (Murr, Joe, Sal, and Q) embarked on a ‘Where’s Larry Tour’ back in 2015. This particular event was sponsored by the Cobb Energy Performing Arts Centre. Unsurprisingly, the event was a success, which in turn motivated the jokers to take their act abroad in October 2017. This Where’s Larry Tour was held in multiple locations across the UK.

They kicked things off at the Cardiff Motor Point Arena before heading to the Leeds Motor Point Arena a few days later. Once they were done, the Tenderloins also visited held live shows at the Manchester Arena and even London the O2. Their last stop was the Dublin 3 Arena.

Larry has based on a real person.

Most fans were surprised when Joe revealed that Larry was based on a real person. The character on the show was inspired by former crew member Larry Crisci. According to Joe, Larry was a valued crew member who always rubbed people the right way. This is why he feels comfortable using his name from time to time. The jokers have a great term of endearment for him. They usually refer to him as ‘The Man, the Myth and the Legend.

As we have already mentioned, the character Larry was based on an actual crew member on the show. The man in question, Mr. Crisci, didn’t mind using his name at the time as he was still part of the Impractical Jokers family. Things took a complicated turn after the real Larry was let go by the network.

Despite no longer being a part of the series, the producers still encouraged the jokers to reference Larry as often they could.

Sources say that this was done without consulting the real Larry. Consequently, he filed a lawsuit back in 2016 against the producers on Tru Tv. He was allegedly seeking compensation to the tune of $500,000. There are no further reports on the matter, which suggests that it must have been settled out of court.