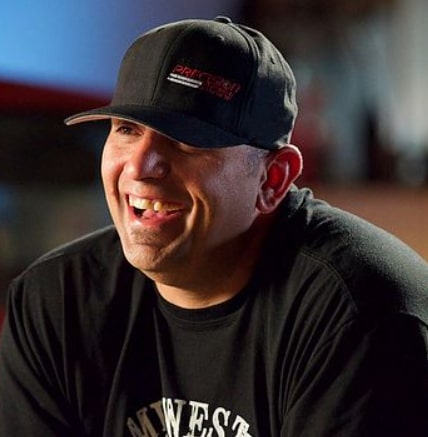 Big Chief is a synonymous word with the unruly world of car racing. All the crazy lovers of car racing remain barely unacquainted with the name.  Initially, Justin Shearer, aka Big Chief, is from Louisville, Kentucky. Though much about his parents remain unknown, it was his father who happened to be a car racer who instilled the dream of becoming a car racer in him. Read this to know Big Chief’s net worth in 2020.

From a very young age of 9, the dream of becoming a car racer grew in him. But because of the unforeseen death of Big Chief’s father, his mother had to take care of both him and his brother.

His mother was a real hero since she could provide a comfortable life to her children regardless of the struggles she had to face.

In fact, it was her mother who supported Big Chief in pursuing his dream, the dream of becoming a car racer.

At 12, Justin moved to Oklahoma with his family, and it was there in Oklahoma where the racer in him rejuvenated. Years later, when watching the 66’s races, he opened up to his mother about the career he wanted to pursue, to which his mother readily agreed.

Having reached a suitable age, Justin officially began competing in street races. However, he was defeated on his very first attempt.

Though defeated, Justin didn’t take the defeat as a defeat but instead made it a stepping stone toward his dream. This spirit paved the forthcoming path of success for him.

At 22, Justin became widely recognized as Big Chief in the wild streets of Oklahoma. After achieving this incredible recognition, Justin created a website called the list which contained the names of the best racers in the city who were allowed to compete with each other.

With the help of this website, it became possible to organize events for group races among the interested ones.

In 2006, their group race with each other was recorded by a 1320 video founder, Kyle Loftus, and uploaded on the internet.

These videos gained a lot of popularity on the internet, and Big Chief also became widely famous worldwide.

But more was coming in the way of his fame and career as Discovery channel approached him to cast in their show Street Outlaws, which ended up being a turning point in his career and provided him with the most significant achievement of his lifetime.

Though tempting, Big Chief didn’t take the decision all by himself to cast on the show but instead discussed it with his crew members and then agreed to the show.

Big Chief has a net worth of about $3 million as of 2022. The primary source of his income comes from Street racing and casting on the show Street Outlaws.

The Discovery channel pays him about $ 45 117 to $147,493. Big Chief now has numerous cars in his collection, but he specifies that one of the favorites, if not the favorite, is his Pontiac Fire-Bird.