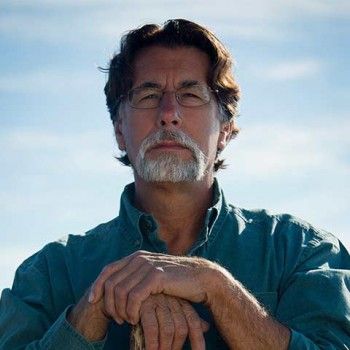 Rick Lagina is an American reality television personality. He was born on January 25, 1952, in Michigan, the United States. He was born to his father George Lagina and mother Ann. C Lagina. Read this to know Rick Lagina’s net worth in 2022.

His father served in US Army. He was the second-born child of his parents with two siblings, an elder sister Martina Lagina and a younger brother Marty Lagina, who is also an American reality TV star. As per information, he hasn’t been married to anyone.

However, he couldn’t attend college due to several personal reasons. During his time in Catholic school, he went to a library and figured out the book, Reader’s Digest, where in 1995 January there was an article about Oak Island, he turned out the first page and lost himself in the wilderness of Oak Island.

Since then, he dreamed of uncovering one of the biggest mysteries of Canadian island, The Oak Island. He had shared this story to his younger brother Marty who expressed his fascination over the topic as well.

Lagina worked for a long time in US postal service, and only after his retirement he was able to fulfill his lifelong dream, the dream to uncover the Oak Island, which his brother assisted in.

The Curse of Oak Island star Rick and his brother with his few friends decided to go on a trip to uncover the history of the island back in the year 2013.

He took permission from the Canadian government and got permission to keep 90% of the treasures found on the island and hand over the remaining 10% to the Canadian Government.

At the same time, The History channel approached the Lagina brothers to produce a series of their discoveries.

They accepted the proposal, then the brothers became the part of reality series “The Curse of Oak Island”. Rick runs this show along with his brother Marty.

The story is about finding the buried treasure on the Oak Island located in Nova, Scotia, Canada. The TV show has gained immense popularity across the world and has earnt a massive name and fame. The series has successfully reached the 9th season and is still running to this day.

Rick Lagina’s net worth is estimated to be $10 million with an approximate salary of $500,000 per season.

In 2017, Rick fell ill after suffering from an infection due to Lyme’s disease, a bacterial disease causing irritating circular inflammation on the skin called ‘Bull’s Eye’ rash.

He was treated on time and recovered. Back in 2014, the entire team of the show was exposed to a poisonous gas on the island but since the leak was detected very quickly everyone survived with minor casualties. Despite all the hardships, Rick is still pursuing his dream and enjoying his job.