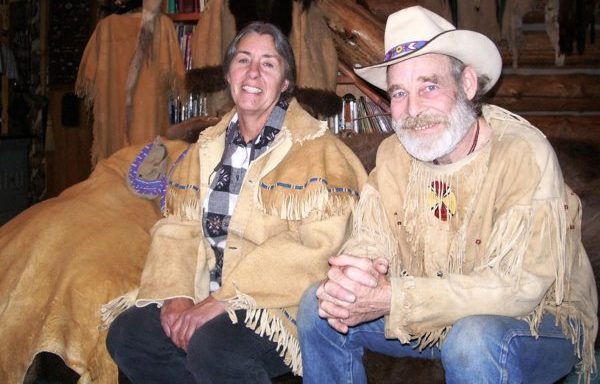 Tom Oar is a trapper, survivalist, and one of the OG Mountain Men. Rough, rugged, and bold, Tom and his wife built a home in Yaak River Valley. This is a quiet and remote area in Montana, far removed from the comforts of modern society.

Tom’s love for nature and the outdoors can be traced back to his youth, when he and his brother would explore the countryside. Because of the intense conditions Mr. Oar has to contend with, he often falls victim to a plethora of death rumors. Is Tom Oar Still Alive? Let’s see. Also, meet his wife Nancy Oar and kids.

As we alluded to in the first paragraph, Tom was one of the first people producers reached out to when they wanted to make Mountain Men. Other than Tom, the showrunners also reached out to survivalists and trappers like Sweeney and  Eustace Conway.

Each of these men was showcased in different settings. Tom and his wife settled in Montana, where they had to deal with winters that stretched on for longer than half a year.

When Mountain Men first debuted in May 2012, fans met Tom and his wife. They were camped along the Yaak River, more than 100 miles off the nearest form of civilization.

To date, Tom remains one of the longest-serving members of the popular series. In total, he has more than 120 appearances on the show.

One of Tom’s most memorable moments came in the episode titled ‘Mayhem.’ The audience watched as Tom did his very best to salvage one of his friend’s water supplies.

In the eighth season of the series, we even got to watch Tom go face to face with a pack of wild coyotes. Tom’s most recent episode came in the tenth season of the show; fans watched as Mr. and Mrs. Oar built a masterpiece from wolf hide.

Why are People asking if Tom Oar is still alive?

Because of the hazardous nature of his environment, Tom’s safety is a question that is frequently raised. His time on the show has seen Tom contend with harsh climatic conditions like the freezing cold. If that is not enough, there is also the added threat of wild animals.

If that is not enough, Tom is also far removed from technology or any means of communication. It means that if something happened to him, it would take a while for the public to find it. The delay of the new season also raised a few eyebrows and questions. Most people wondered whether the show was delayed due to health concerns.

On the 31st of March 2020, a website titled ‘The Arts of Entertainment’ broke the news that Tom Oar had passed away. The website referenced a social media post as the source of their information. They then proceeded to offer heartfelt condolences to Tom’s friends and family.

After that, the site offered a brief obituary, talking about Tom’s life and achievements in detail. The Arts of Entertainment site even went as far as to post the news on their Facebook Page. However, a quick look online would tell you that this news was completely fake.

Tom Oar was born back in 1943 in Rockford, Illinois. Having grown up in Rockford, it was not surprising to find that Tom was quite proficient when it came to trick riding.

His father was an expert rider, and he imparted this knowledge to both Tom and his sibling. By the time he turned 15, Oar was a constant feature at the local rodeo shows. By the end of the year, Tom, the OG Mountain man, will turn 79.

Tom’s lifelong wife is a woman named Nancy Oar. It is hard to find information regarding how the two met due to the way they live. What we do know, however, is that they have been together for more than four decades.

It is also easy to see why Tom and Nancy got together. To survive in the Kayaak, they had to rely on each other; hunting, fishing, and trapping together.

When they got old, the two even decided to live mountain life behind, retiring to Florida. Throughout the course of their relationship, Tom and Nancy have had two biological children: a son and a daughter.

Their son, Chad, took after them and is quite adept at surviving in the wilderness. Keelie, their daughter, passed away 7 years ago. Though we do not know what caused her death, we can confirm that she was 49 at the time.