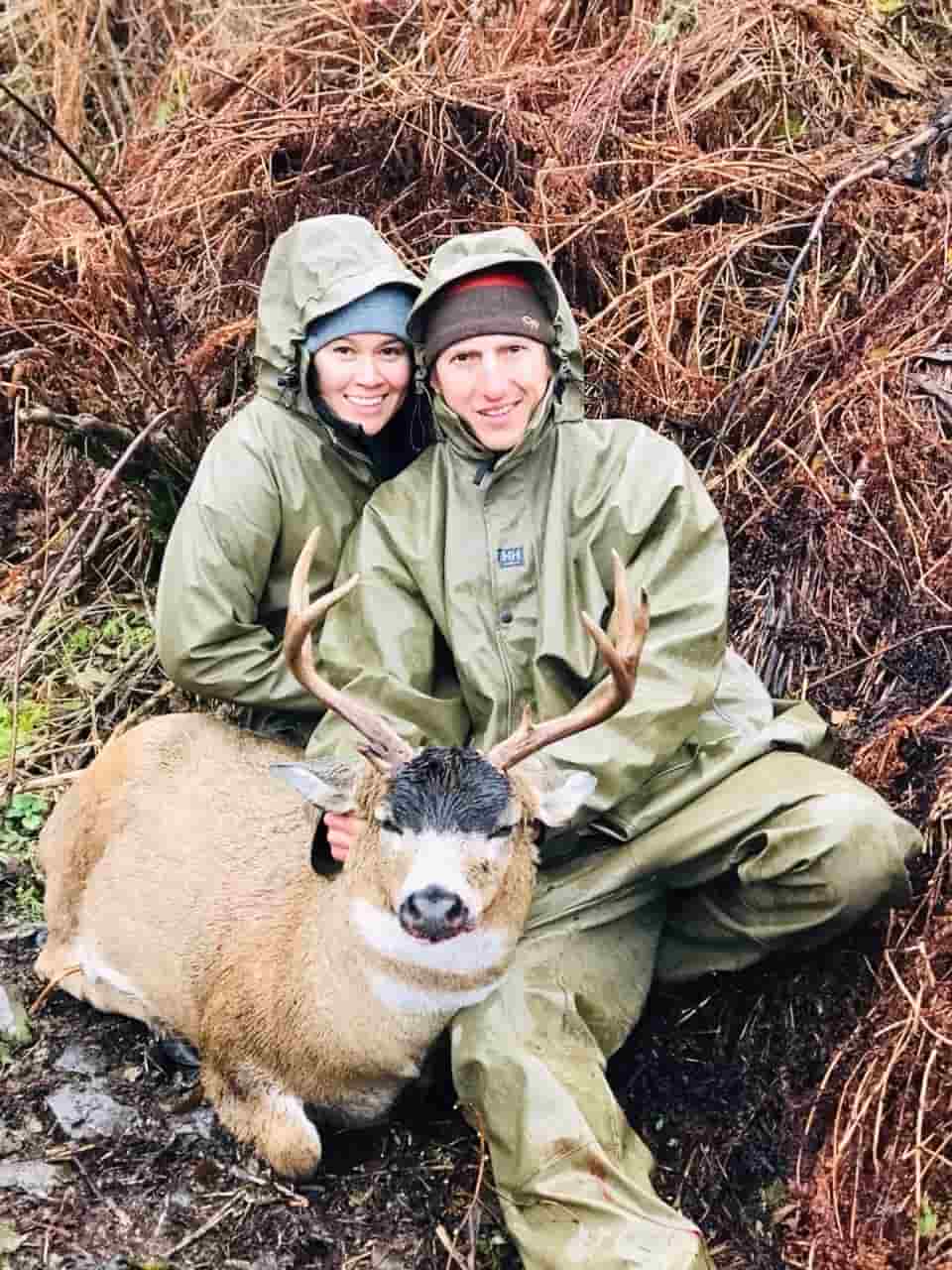 Erik Salitan is a businessman, a hunter, a trapper, a fisher, a pilot, and a widely celebrated T.V. personnel. He was born on 9th February 1984 and passed most of his childhood and early adulthood in New York.

After he completed college at Finger Lakes Community College, he discovered his passion for nature and wilderness, and he came to Alaska when he was about 18 years old.

He grew accustomed to Alaska’s ways and fell in love with nature. There, in Alaska, he started attending the University of Fairbanks, where he graduated with a degree in Applied Science (Natural Resource Conservation). Right then, he resided at Wiseman, located 67 miles away from the arctic circle.

Martha Mae Salitan is a businesswoman, a 2nd generation fisherwoman, a skilled cook, and a T.V. personnel.

She was born and raised on Iliamna Lake in Alaska. And unlike Erik, she has been coping with Alaska’s crude habitat since birth.

She is very fond of ice fishing, and she also guides other people to ice fish. Her parents ran a fishing lodge in Alaska, and that’s partly where she gets her skills and motivation for the job.

Erik and Martha have been married for more than a decade now. Although it’s unclear when they started dating, it’s established that they were married in the year 2010.

Their shared passion for fishing is one of the important bonds that have tied their relationship. They also have a son, Lucas, who is 12 years old as of 2022. Lucas often joins his parents in hunting and fishing when free from school.

Life Below Zero (LBZ) is a reality tv show run by National Geography Team. LBZ is a Nat Geo show that focuses on the unforgiving lifestyles of Alaska and how the people that live there cope with it.

The show premiered on 19th May 2013, with its main cast Erik and Martha Mae Salitan. The Salitans, with their skills of the fishery, hunt, couple chemistry, and survival instincts, were able to capture the interest of many viewers.

They quickly became favorites of many, and although they attempted to concede the show several times in mid-2010, the fan demand always brought them back. Their presence, however suddenly disappeared in 2016 after Season 7.

Erik and Martha own several businesses. They own Bushwhack Alaska Guiding and Outfitting, where they serve the needs of tourists and visitors by organizing legal hunting programs, spike camping, and offering shelter.

Initially opened at just one spot, the business soon grew to Peninsula and remote regions of the Brook. They also own Talarik Creek Lodge at Iliamna, which provides fishing experience and lodging. The Salitans also own a share in Blanchard Family Funeral Home and Birch Hill Cemetery.

What Happened to Erik Salitan and His wife on LBZ?

Suddenly, in 2016 Salitans left LBZ. It was revealed that Erik left because he believed his privacy was not being respected.

Erik mentioned himself as somewhat of an Isolationist who believed in solitude. Also, according to him, the comforts provided by the company restricted him from living a thrilling adventure in Alaska, and he had to leave the show to remain closer to nature’s wilderness.

The couple is now living at Iliamna at their lodge, establishing and further progressing their business. They have given their time to rear their 12-year-old son and live a natural life.