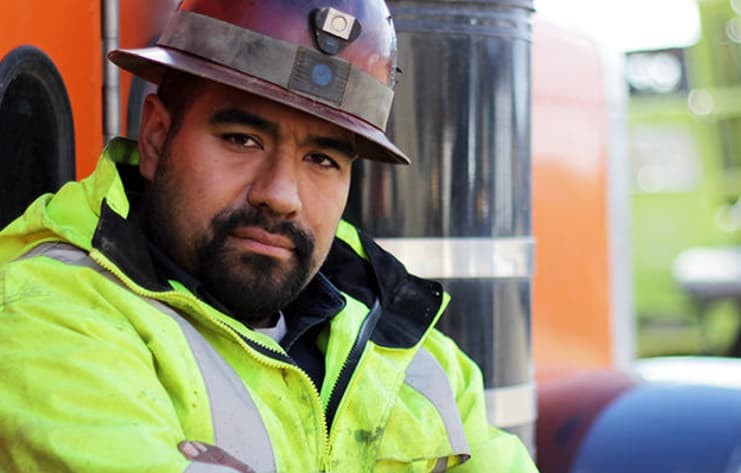 When it comes to repairing heavy equipment in ‘Gold Rush,’ there is no one better than Juan Ibarra. He is a Tony Beets’ crew member in the popular Discovery series. Juan first joined the show in season 6 as a mechanic of Hoffmans. But after working for three seasons, the former plumber shifted to Tony’s crew.

Ibarra is an American gold mining mechanic and a reality show actor. He was born on April 2, 1983, in Reno, Nevada. Fed up from his family’s plumbing business, the 38-year-old Juan leaped into the mining business.

This article is dedicated to providing information on the miner’s bio and relationships. Also, let’s learn about his wife and net worth in 2021.

Now, Juan Ibarra from Gold Rush has worked in the show for six seasons. And the skillset he brings to his team is irreplaceable. Working for the supposed king of miners Tony Beets, Juan has made a fortune for himself.

Who is Juan Ibarra’s Wife?

Juan is a committed man. He has been married to the love of his life, Andrea Ibarra, for quite some time now. There is a lot of curiosity on the internet about his married life. But not many details are known. Looking at his Facebook and Discovery bio, it’s evident he loves his wife and children immensely.

Juan and his partner, Andrea, are parents to two children. Their first child was a daughter named Addison Marie Ibarra, followed by a son Juanito.

The details on their education and age are unknown.

Juan completed his school education at Hug High School in 2001. He didn’t join college and started working right after.

Even though Ibarra is best at what he does, he is pretty camera-shy and has difficulty adjusting to it. He is the most fluent operator of the gold mine’s wash plant ‘Monster Red.’ Juan’s family had a plumbing business that operated in the Nevada region.