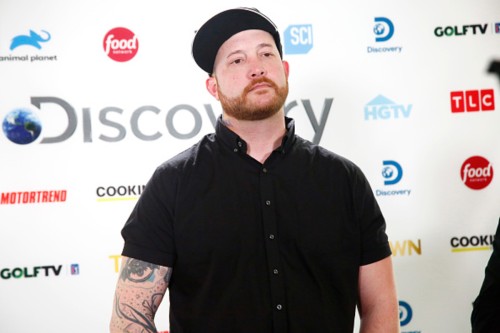 Rick Ness is a former musician, football player, and currently a professional gold miner. He was born in Milwaukee, Wisconsin, the USA, to parents Richard and Judy Marie. Rick is one of the most popular cast members of the Discovery series ‘Gold Rush.’

A wearer of many hats, the millionaire miner Rick is 40 years old and is a valuable member of Parker Schnabel’s crew. Find out if he has a wife.

This article depicts the truth behind some controversies relating to Rick and his relationships with Karla Ann.

Is Rick Ness married to his Wife?

Rick is not married, and there is no information about his past relationships. There is also a rumor that he is gay, but this cannot be any farther from the truth.

If you do a Google search, it shows Rick is married to Jen Ness. Jen is the wife of Randy, who is the fraternal twin of the Gold Rush’s star.

But, Rick is not single anymore. A few months back, his present girlfriend, Leese M. Arie, stated on her social media that she was coming to the Yukon to help Rick. Rick proposed to Leese and asked her to come to help him in Canada which she agreed.

Unlike other controversies, this one is true as the couple has posted many photos together on social media. There is still debate whether Lesse is the type to ride big trucks and excavators or just help out in the gold room. Either way, season 12 has something new for us. Fans are hyped to see the good boy Rick in some romantic action finally.

For the past two years, Gold Rush fans have been pairing Rick with his co-star Karla Ann. This initiated as Rick has always been single, and there is no evidence of Karla dating anyone else. The pair have been quite close in the show, and, understandably, some people would find a chemistry between them. Oftentimes, the stars can be seen helping each other out and laughing.

Rick was silent about the rumors for quite some time. But in late 2020, Rick spoke on the situation. He said that he and Karla share a relationship like that of siblings and nothing else. Apparently, Karla is the sister that Rick never had.