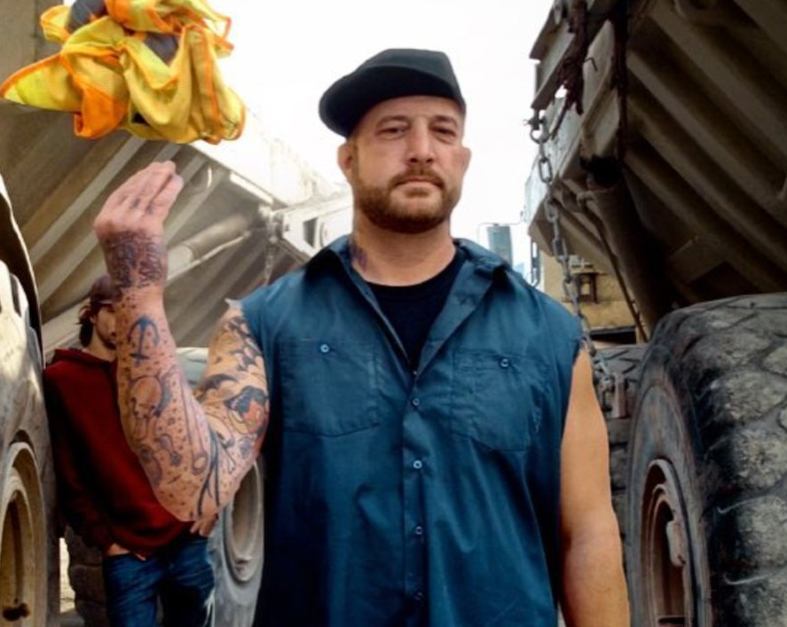 Rick Ness is one of the most lovable characters from the popular discovery series ‘Gold Rush.’ The TV personality loves trekking, collecting motorcycles, inking tattoos on his body, and working out.

Rick was born on March 5, 1981, in Wisconsin, USA. The 40-year-old American is currently working as the right-hand man of Parker Schnabel and helping him bag more gold than ever.

In this article, we discuss the net worth and career of the celebrity who started his mining adventure in season 3 of ‘Gold Rush.’

He is an expert in operating the excavator, the rock truck and managing the mining crew.

Rick is paid a hefty salary of 150 thousand USD per year. His boss Parker highly appreciates the hard work he puts in everything he does.

Parker recently gave him the responsibility of running the crew’s second operation at Indian River. The professional miner has a net worth of over 4 million USD as of 2021.

Rick originally wanted to be a pro football player, but his career came to a stop in the event of an unfortunate leg injury.

The TV personality did not stop there. He learned to play upright bass and formed a band named ‘the .357 Stringband.’

The group was pretty good and touring different countries and states shortly. In one of those tours in Alaska state fair, Rick met Parker Schnabel, one of the top dogs of the mining industry. Rick expressed his willingness to work for Parker and was hired nine months later.

Rick made his debut on the show in season three and has already starred on ‘Gold Rush: Parker’s Trail, Gold Rush: The Dirt, and Gold Rush: Alaska.’

He is the foreman of Parker, who trusts him with any tasks available at hand. He is also the highest-paid member of Parker’s crew and is the crew’s second operation head.

Rick’s family owned a commercial construction company, so he always knew his way around big machines.

After taking the responsibility at Indian River, he invited his father to help him with the work, who currently goes by the name ‘Big Rick’ in the show.

Although his dreams of being a professional football player were shattered, Rick has made one hell of a career for himself as a miner. He loves his work and plans to continue it as long as possible.